Most of you by now know that I am currently studying towards a History degree at University but what you may not know is that I also consider myself a ‘closet white-coat’ and a ‘futurist’ at heart – I have an immense interest in science and the impact it has had on our past, present, and the impact it will have on our future. As odd a fusion of interests that may seem to some people, when one really thinks about it, history and science have been irrevocably connected since we emerged from caves as Neanderthals all those millenia ago.

We were cold so we discovered how to harness fire, we were weak so we created tools, and we were chained to the ground so we learned how to fly. Whenever we, as a species, encountered obstacles we used creativity and ingenuity to overcome them. It has always been a part of our collective nature to want to exceed our limits time and again through whatever means became available to us.

Where am I going with this though?
I’m going to the future, our future… the future that one can see from here.
The Singularity.

Due to the sheer size of this subject I am going to dissect it into a series of articles, each divulging deeper into their respective fields far better than one collective and overly lengthy article can do justice.
These articles will  be titled as follows,

In this first article I will be giving an overview of the umbrella titular term and why it is so critically important to all levels of society across the planet. 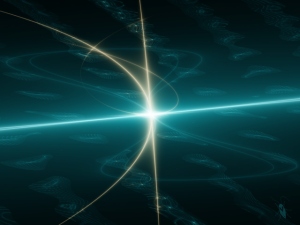 So, what does the term “Singularity” mean exactly? The term describes a future period during which the pace of technological change will become so rapid, its impact so deep and far-reaching, that human life as we know it will become irreversibly transformed. This next step in human evolution will not only shatter the paradigms of contemporary society but will result in a future where mankind truly becomes the master of his own destiny. The human form, both intellectually and biologically will be profoundly improved and what it means to be just that, ‘human’, will be forever changed. The term ‘Singularity’ is appropriate because it implies the truth, as scary as it rightfully is to some people, that at some point in our life times man and machine will merge into a single, new species.

is this vision of the future a utopia or a dystopia? That all comes down to how mankind handles the power it is given, as has always been the case throughout history. Historically science and subsequently technology has given humanity great things such as the wheel, electricity, flight, computers, medicine, and the ability to explore beyond our own world and into space. On that same note science and technology has also brought many horrors, inventions that have been the by-product of something great: chemical warfare and the atomic bomb to name just two.

Should we let the fear of a bumpy evolutionary road stop us from furthering ourselves?
No, absolutely not.
Yes, the prospect of a fusion of man and machine taking place in future is an understandably scary prospect for a sizable amount of people for a myriad of reasons. However, just as many people if not more believe that humanity has reached the peak of its’ biological evolution and that the species has been stagnating for centuries. I myself fall in with the latter of these two groups, I firmly believe that humans have reached the end of their biological path and that it is only the fear of the unknown through theology and uncertainty that is holding us all back from transcending our obvious limitations. 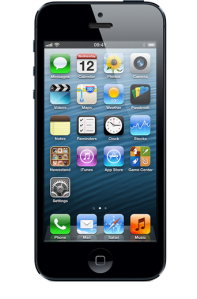 Futurists such as Raymond Kurzweil and Vernor Vinge often point to a proven scientific trend among others to support the theory of singularity: The Law of Accelerating Returns. This law is more-or-less self explanatory: The more technology develops the faster it evolves and the shorter the windows between evolutionary breakthroughs become. By an extension, the rate of technical progress amongst humans has also been exponentially increasing on a similar albiet smaller tangent. As people discover more effective ways to do things through our rapidly evolving technology society also evolves and becomes more efficient. There are countless examples of this law in motion throughout the industrialized world but I can point to a basic but resonating example. Reach into your draw, your pocket, or your work-surface and pick up your mobile phone. Seventy or so years ago technology available to engineer mobile phones was in it’s infancy: phones were the size of small bricks, had no internet capability, and only served one purpose which was to contact people provided you had their details written down or memorized. Now, not only can your phone memorize contact details but it can also browse the internet with ease, can pinpoint your exact location through GPS satellites and triangulation, can provide you with a plethora of information on your local surroundings, and can contact people across the world – all of that in your pocket. Such a device was literally the stuff of science fiction when I was a child, I watched that technology evolve within the space of a decade if that.

So, what happens when technology evolves to such an extent that it becomes more capable at tasks than the ones who created it?
Tune in next time to find out!

Next Time: Computing and Artificial Intelligence.

Find what you are looking for here